The gemara in Brachos (20b) tells us about a strange conversation that took place between HKBH and the Malachei HaShareis, the Ministering Angels in Heaven.

The Ministering Angels attack Hashem with a pasuk, a verse, in this week’s parsha:

G-d, it says in your Torah: that You are a G-d who “does not show favoritism, and does not take bribes.”  But is that really true?  After all, when it comes to the Birkas Kohanim the bracha that You command the Kohanim to give the Jewish People, the final bracha is:

Hashem will SHOW FAVOR to you and bless you with peace!?

Hashem responds: You’re right!  I do show favoritism to the Jewish People.  But how could I not!?

This is the halacha known as Birkas HaMazon.  And the language of that pasuk is very specific.  Because the halacha is that Min HaTorah, as a matter of Torah Law, one is only required to bench if one is satiated, which is defined in halacha as having eaten a K’beitza, a large amount of bread.

Nevertheless, says Hashem, even though I only require Bnei Yisrael to bench when they eat a K’Beitza, when they feel full, they have taken upon themselves a chumra, that they will bench even if they only ate a k’zayis, a much smaller amount!”

The Gemara is referencing a din dirabanan, a rabbinic law found in the gemara that chazal added an extra chumra to always bench, even if you didn’t eat a full k’beitza, just a k’zayis.

Hashem’s answer is a strange one:

1)   Am Yisrael did a nice thing by adding this chumra.  But why is this stringency SO VALUABLE to Hashem that He will now show us FAVORITISM because of it?  What is this gemara trying to teach us?

2)   Even if this is a nice thing Bnei Yisrael have done, Hashem is still LO YISA PANIM!  Hashem said He doesn’t show favoritism!?  And this is STILL NOT FAIR!?

I saw a very thoughtful answer to this question from Rabbi Asaf Bednarsh, Rosh Yeshiva at Yeshiva University’s Gruss Kollel in Israel.

What does it mean, “V’achalta V’savata U’beirachta”?  You should eat, be satiated, and make a bracha?  This is not only a philosophy for how to conduct oneself at a meal. It’s a philosophy for life.

Sometimes in life we are v’savata, we feel full, we feel that Hashem as given us everything we need.  We are satisfied.  And, hopefully, in those moments we turn towards HKBH “U’BEIRACHTA” we offer a thank you.

And if this is what the Birkas HaMazon is really supposed to represent, our willingness to recognize the good in our life, even if the glass is only half full, we now understand Hashem’s response to the Malachim.

Says Hashem to the Malachim:

“You know, I have big expectations for Am Yisrael.  I have offered them 613 Mitzvos, and I expect them to take care of them.  But, of course, at times they don’t give me everything I ask of them.

At times, they fall short.

However, I have an operating principle known as Mida K’Neged Mida, I operate with others as they operate with Me.

When I don’t give Bnei Yisrael everything they want, how do they respond?  Do they walk away from our relationship? Of course not.  They offer me their hakaras hatov even if they only receive PART of what they are hoping for.

If that’s how they operate with Me, I will do the same with them.  So, when they don’t do everything I ask, I won’t turn away from them.

Rather, “Yisa Hashem Panav Eleicha” I, Hashem, will continue to turn towards them.

And if this is true, then not only do we understand why Hashem appreciates our chumra, our stringency when it comes to benching, we understand that His response is not even really showing favoritism.  He is responding to us the way we respond to Him.

He answered: Balak... is roshei teivos (and acronym) for V’Ahavta L’Reiacha Kamocha.

And if this is important with our friends, our children, and our other meaningful relationships, it is even MORE important in our most precious relationship, our marriage.

The bracha of marriage is that you get to experience ALL OF LIFE with only ONE OTHER PERSON.  And that means that we will have times when we are there for each other EXACTLY as the other person needs us to be, and there will be times when we fall short.  We will make mistakes and we will even cause hurt.

And the beauty of this approach, is that when we work on this mida, it pays us back.

As the pasuk says in Mishlei:

As the Metzudas David explains these words:

Just like water reflects our face back at us exactly as we look at it, if we’re happy, the face we see is happy, if sad, sad.  So, too, the hearts of people reflect back at each other. When we look at others with a positive frame, they will do the same to us.

When we create an atmosphere of offering each other the benefit of the doubt, of seeking out the positive in each other, it builds and it grows, and that positivity fills your home. 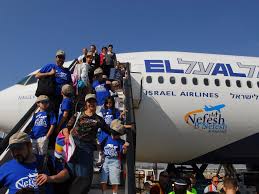